This is the second post in a series where we take a look at EMI and EMC precompliance using real time spectrum analyzers.

Recent advances in PC-driven USB Real-Time Spectrum Analyzers (RTSAs) have enabled low-cost and efficient EMC precompliance testing and EMI identification with just a few simple tricks. All you would need is an RTSA, a computer, an antenna, a test area, and possibly a near-field (NF) probe set with an amplifier. Some know-how of the compliance standards requirements is also valuable, as well as knowledge on how to configure an RTSA to give you results that you can measure against EMC compliance standards, reliably.

RTSAs have many features that can aid with EMC precompliance, such as the persistent display, waterfall display, programmable sweeps, and configurable limit lines. With these technologies and overlapping FFTs, bursting, modulated, or frequency hopping signals can be accurately captured by RTSAs, where a traditional spectrum analyzers may get a low averaging effect and misrepresent signal power or even miss the signal with the peak detector if the duration of the signal is shorter than the attack specification of the detector. 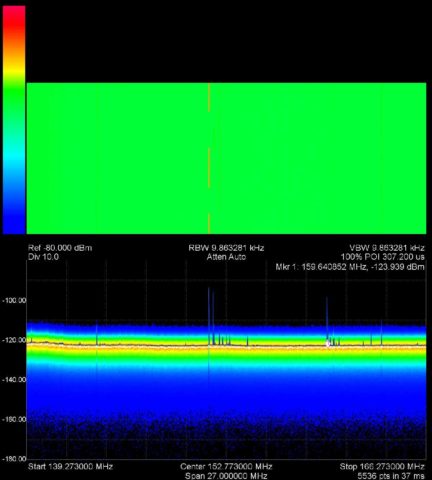 A persistent display with EMC probes can reveal spurious and intermittent spurious activity of a standard USB 2.0 port.

Another advantage of PC-driven RTSAs is the flexibility of the fast fourier transfer (FFT) digitization of data and the ability to process that data on a sophisticated PC software. Custom routines and analysis can be relatively easily implemented with PC-Driven RTSAs, and post-test analysis software can be used to provide deep insights inaccessible in traditional bench-top instruments due to costs and slow update turn around. For example, Signal Hound’s Spike spectrum analyzer software was recently upgraded with an EMC precompliance module, where Signal Hound’s engineers enabled a complex digital quasi-peak detection algorithm, and a suite of common EMC precompliance tools—for free. 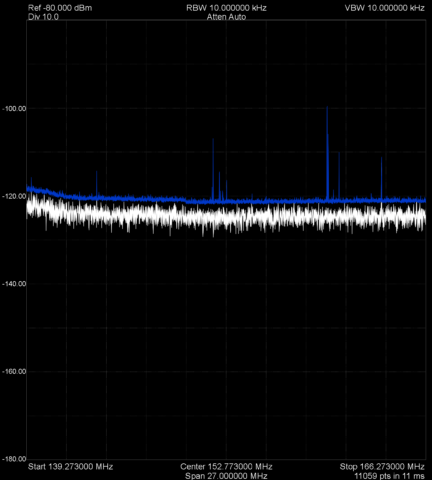 A Max Hold trace can provide a fast sweep over a wide frequency range that reveals anomalies and intermittent spurious signals, which may normally be missed in a rapidly updated frequency sweep display.

For example, limit lines can be configured to capture any frequency ranges that may have spurs beyond the threshold set by the standard. That frequency region can then be studied against the standard requirements to discover if it truly violates the standard limitations. Though this may not be the most ideal method, in many cases, this may provide the necessary insight during design and prototyping to prepare a design for more rigorous EMC precompliance testing.

ANSI and CISPR standards require a quasi-peak detection mode to be used during EMC precompliance evaluations. Though a quasi-peak detector is traditionally an analog circuit, digital reproduction of the circuit’s capability is possible. Nevertheless, this is somewhat of a complex mathematical task. Where applicable, the peak amplitude can be used instead, which is guaranteed to be higher than the quasi-peak detector amplitude. However, this may require more stringent measures to ensure enough margin in reduced emissions.

Spike’s latest update enables a Bar Meter plot alongside a Frequency Scan Display. The bar meter plot contains a digital quasi-peak detection meter that shows the max and current quasi-peak at the center frequency and within the frequencies. The Bar Meter Plot also contains the peak and average power presented in the signal ranges of interest. 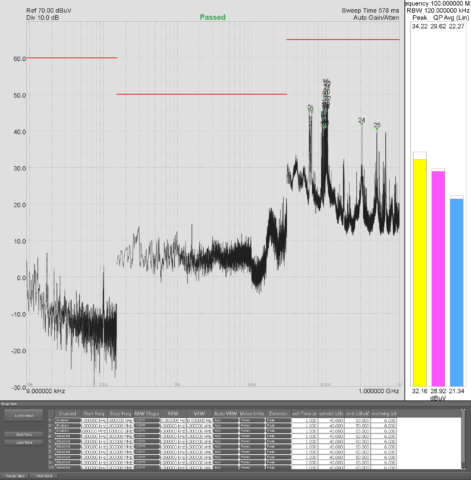 In a bar meter display of peak, quasi-peak, and average voltage reading, the peak reading will always be higher than the quasi-peak reading.

The results of each sweep can be exported from the RTSA software—as a CSV file, for example— and displayed in separate plotting software. Spike’s new EMC Precompliance module is equipped with CISPR and ANSI standards and automatically produces a live spur table and marking capability. 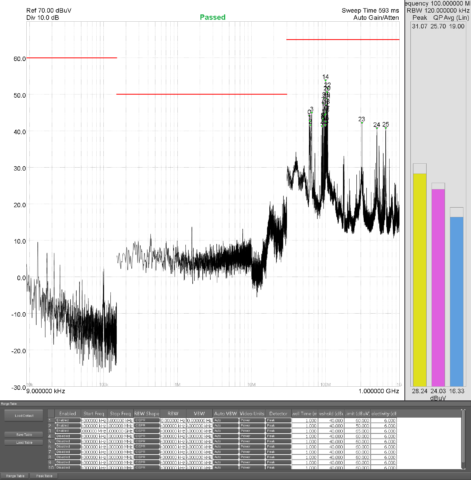