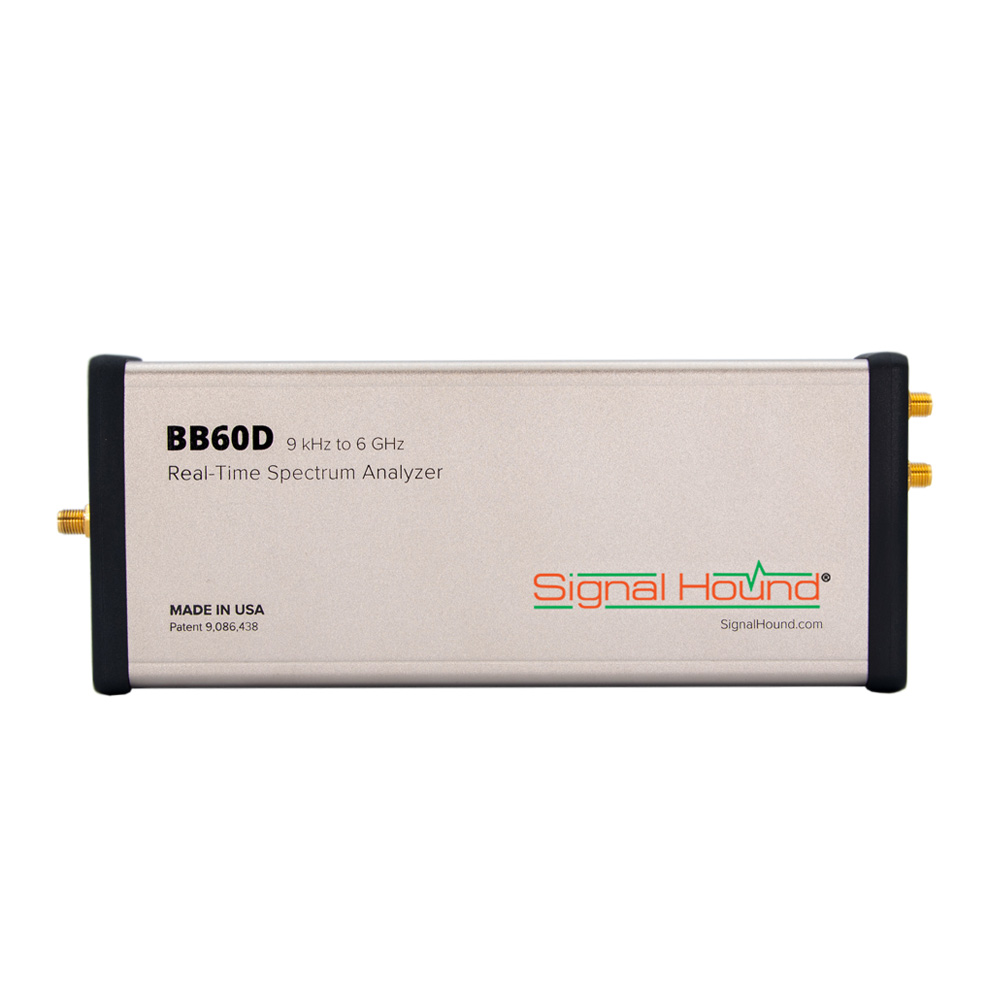 The BB60D is a high-performance 6 GHz real-time spectrum analyzer, with a preselector and 10dB more dynamic range vs. the BB60C.

The BB60D includes the same performant features of the popular BB60C but offers 10 dB more dynamic range and preselector filters from 130 MHz to 6 GHz.

A 6 GHz real-time, high-speed spectrum analyzer, the BB60D streams 140 MB/sec of digitized RF to your PC over USB 3.0, providing an instantaneous bandwidth of 27 MHz, and sweeping at speeds of 24 GHz/sec. Add a high-speed hard drive to your PC or laptop (250 MB/s sustained write speed), and the BB60D doubles as an RF recorder, streaming up to 80 million IF samples per second, or 40 million I/Q samples to disk.

Spectrum analysis can be performed with the BB60D utilizing our proprietary application programming interface (API) which can execute up to 1.2 million FFT spectrums or 320 million FFT points every second, delivering real-time spectrum data to our GUI application, Spike, or to your own software application.

This latest addition to the BB60 series at Signal Hound gives customers more of what they have asked for; increased power and performance. Signal analysis with the BB60D in a congested environment makes easy work of identifying targeted weak signals in the presence of strong nearby signals. With a -30 dBm reference level, you can see all the way down to DANL. The increased selectivity and improved dynamic range make the BB60D an outstanding tool for spectrum analysis and RF recording.

As with all of our products, Spike spectrum analyzer software is included with the BB60D. Multiple analysis views, GPU accelerated color persistence display, and LTE and RF mapping capabilities are just a few major features of our flagship analyzer software.

There are no reviews yet. 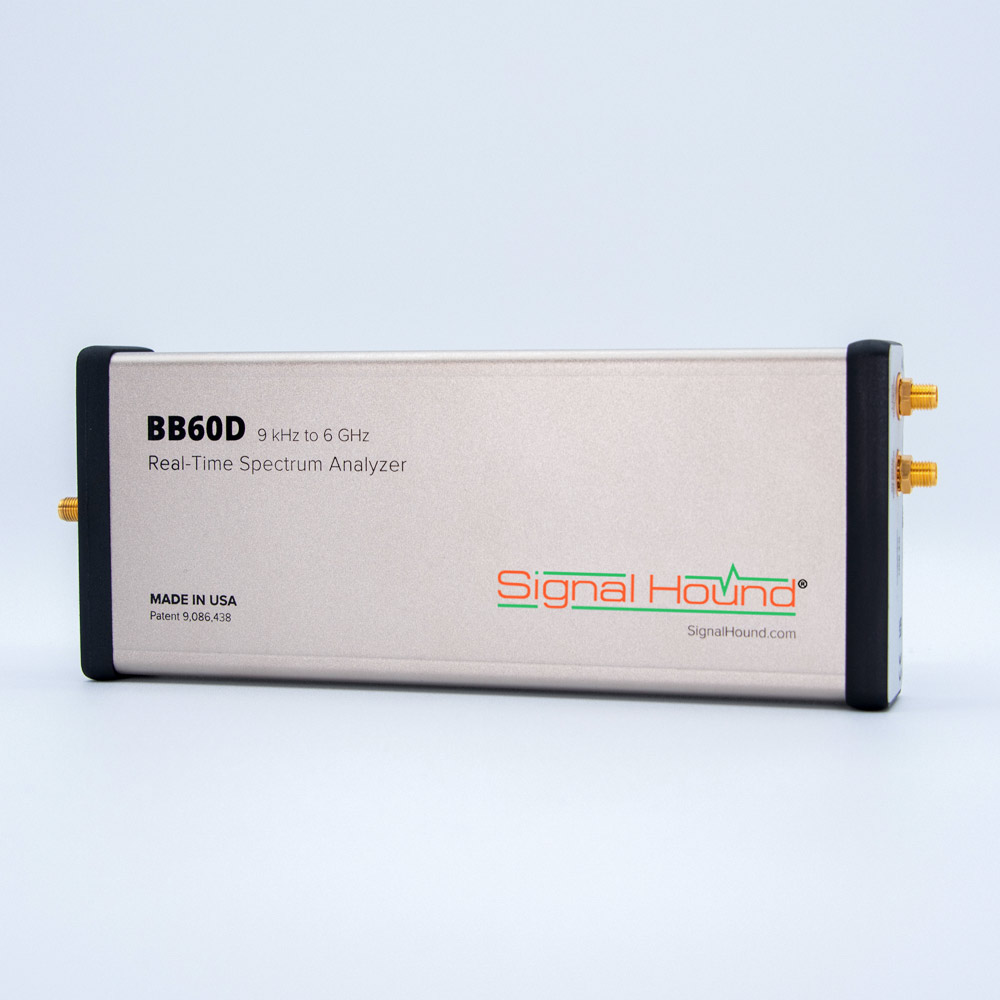 All manuals are included with the Spike software installer. For direct manual links see below.

These are the reviews for the BB60D — 6 GHz Real-time Spectrum Analyzer.