Hosting the International Microwave Symposium in Honolulu is interesting, especially when contrasting with the show in San Francisco last year. Taking place in one of the greatest tech hubs on the globe, the 2016 show in the Moscone Center was packed to the gills with participants, exhibitors both large and small, and media representatives. The Honolulu show, based on what we saw today, is significantly smaller in both attendees and exhibitors. Even the large companies had smaller displays (though still nearly 6 times the size of ours) when compared with recent years.

However, it is important to note that smaller only applies to the quantity of people, not the quality. Even with the thinner crowd, we had a day full of awesome conversations with all walks of engineers and RF specialists. And the venue… well, there’s not much to be said about that. Even a slower trade show day in Honolulu is a wonderful day, business-wise. I mean, just look at the view from the inside of the convention center: 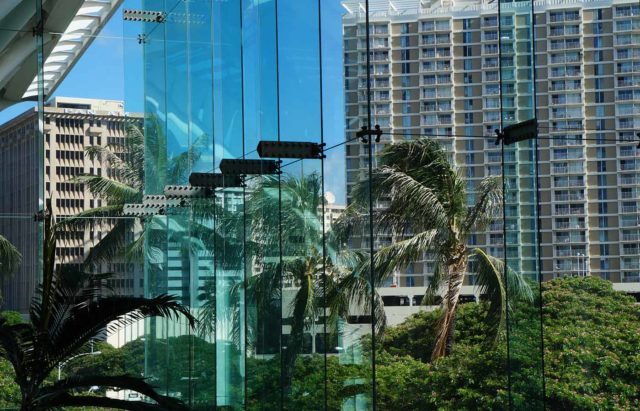 The view from inside the Hawaii Convention Center foyer

The obvious hot spot at our booth today was the SM200A, our forthcoming 20 GHz spectrum analyzer. It was interesting to watch onlookers as they listened to the Signal Hound reps describe the specs of the device – many asking to clarify what they just heard, claiming that they thought they misheard because of the high specs of the device. The demo SM200A spent most of the day running a full-span sweep, attempting to make believers out of skeptics. Many questions were answered regarding the device and potential feature requests were noted by our engineers – all in all an extremely important first day for the SM200A in the wilds. 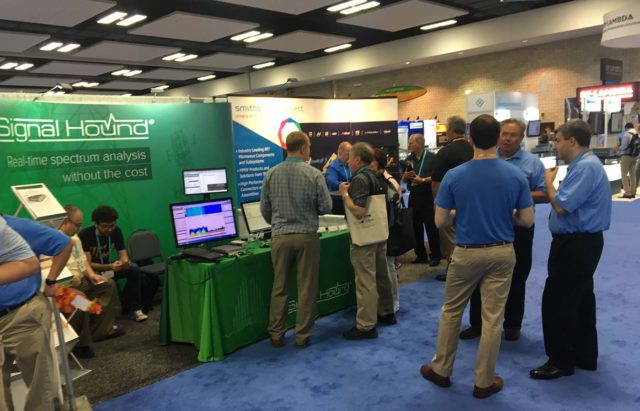 Lots of questions. Lots of answers.

And what event in Hawaii would be complete without drums and hula dancers…? The long isle down the middle of the conference center provided an adequate stage for the performance, and the performers were top notch. The dancing may have slowed business for a little bit because of the sheer number of show attendees watching the event, but it was well worth it. These artists can perform! 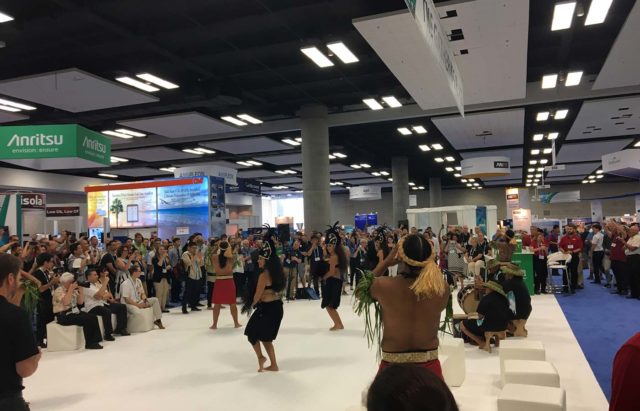 The day was long but worth it. In addition to customers and curious onlookers, we even mingled with a few of the top dogs of the test equipment world and some key product makers. The beautiful part of this industry is that it’s small enough that everybody can get to know everybody else, and we all work in the same space so there’s no room for hostility. And at the end of it all, Microwave Journal threw a customer appreciation party on the water that was packed with amazing food, drinks, and great people. 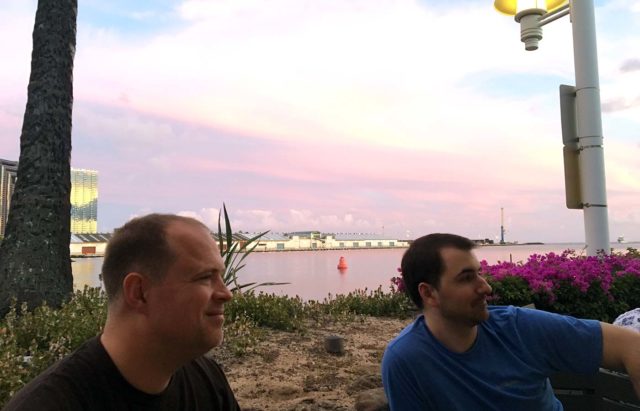 Finishing up in sunset style on the harbor, with a whole lotta food on the way

We’re looking forward to day two of the show. It’s been a lot of fun so far.