Whether you're an R&D engineer or a technician troubleshooting a repair, you need a powerful spectrum analyzer to do your job right. However, you may not need a bulky, expensive piece of test equipment taking up a quarter of your work space. For less than half the cost of a full-size spectrum analyzer, a Signal Hound USB-powered spectrum analyzer can accomplish many of the functions you need to succeed, in a form factor so small you won't even know it's there.

Why use a Signal Hound for Lab and Benchtop Spectrum Analysis?

Starting at just $3040 USD (for the BB60C), high-performance at this price is unheard of. Downsize your R&D and testing budgets without compromising performance.

You need performance and quality to accurately move through your workflow. With bleeding-edge components and highly optimized software, your Signal Hound will produce results—fast.

We love our products, and we know you will too. We want you to be successful with your device no matter where you are, so we offer our customers full support as fast as we are able.

No more big boxes taking up your workspace. A Signal Hound is small enough to fit in your shirt pocket, and powered by your laptop or desktop PC's USB 3.0 connection. 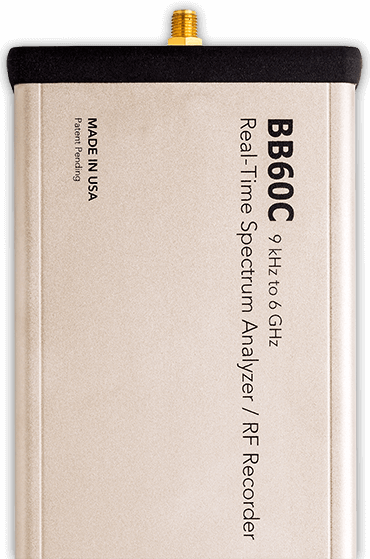 What can a Signal Hound do for you? 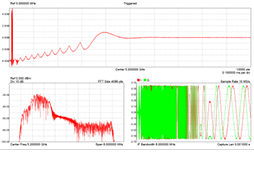 Use external or video trigger to measure PLL lock time and VCO performance of a frequency step. 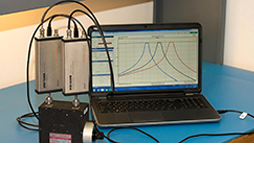 Characterize your antennas and filters 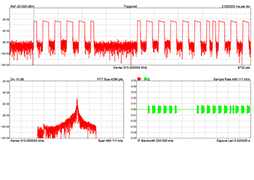 Analyze and verify your transmitter in time domain 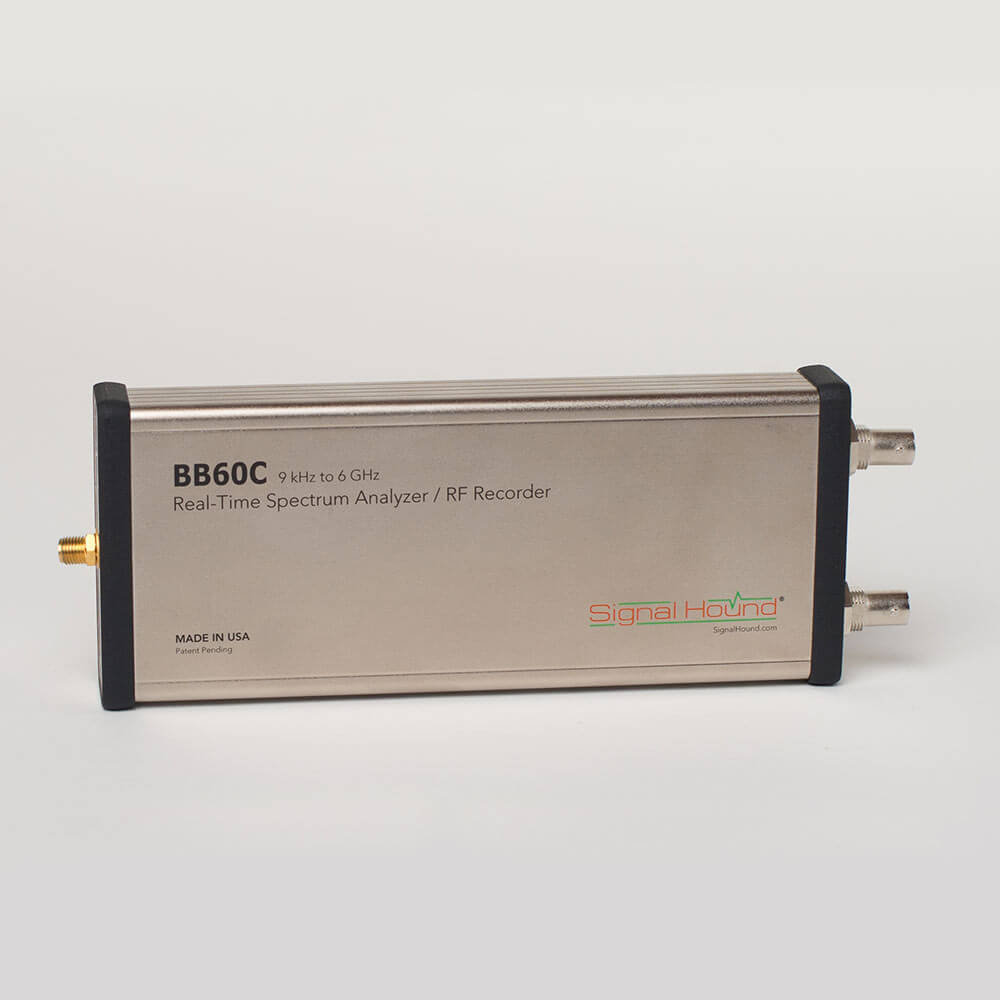 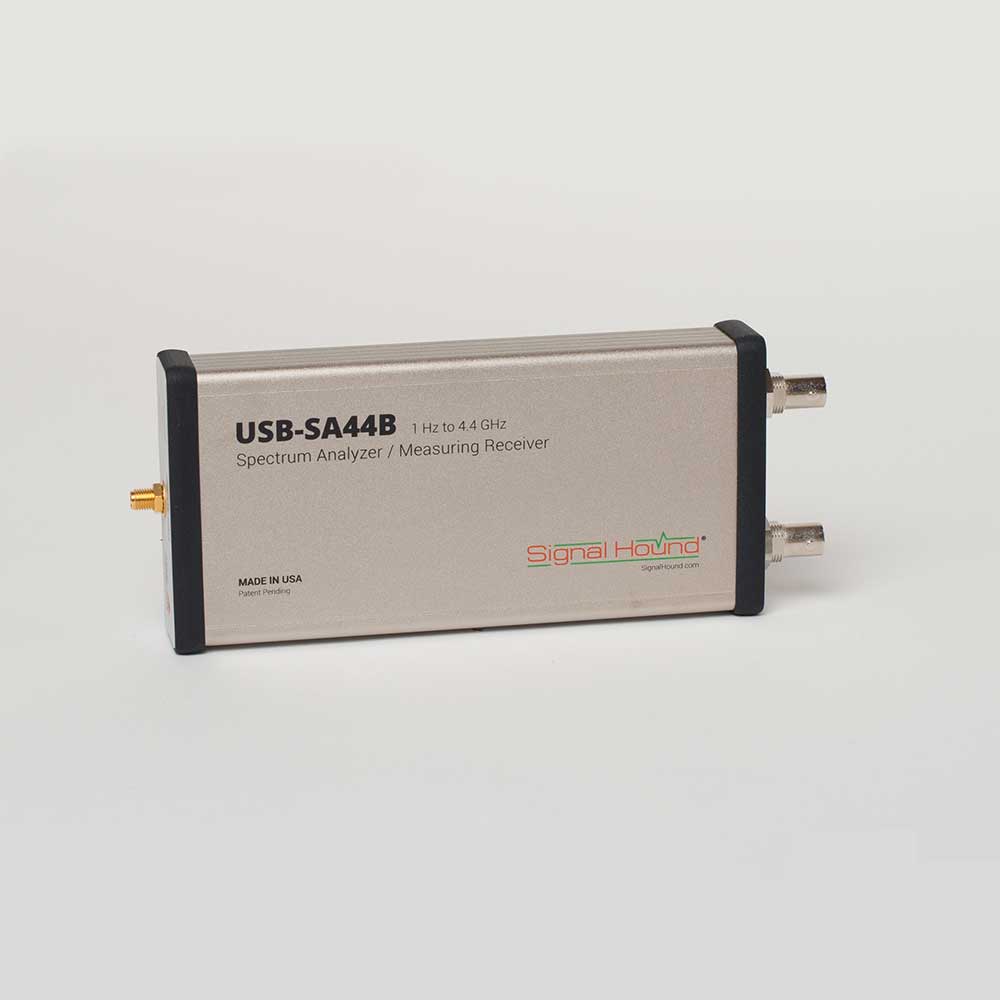 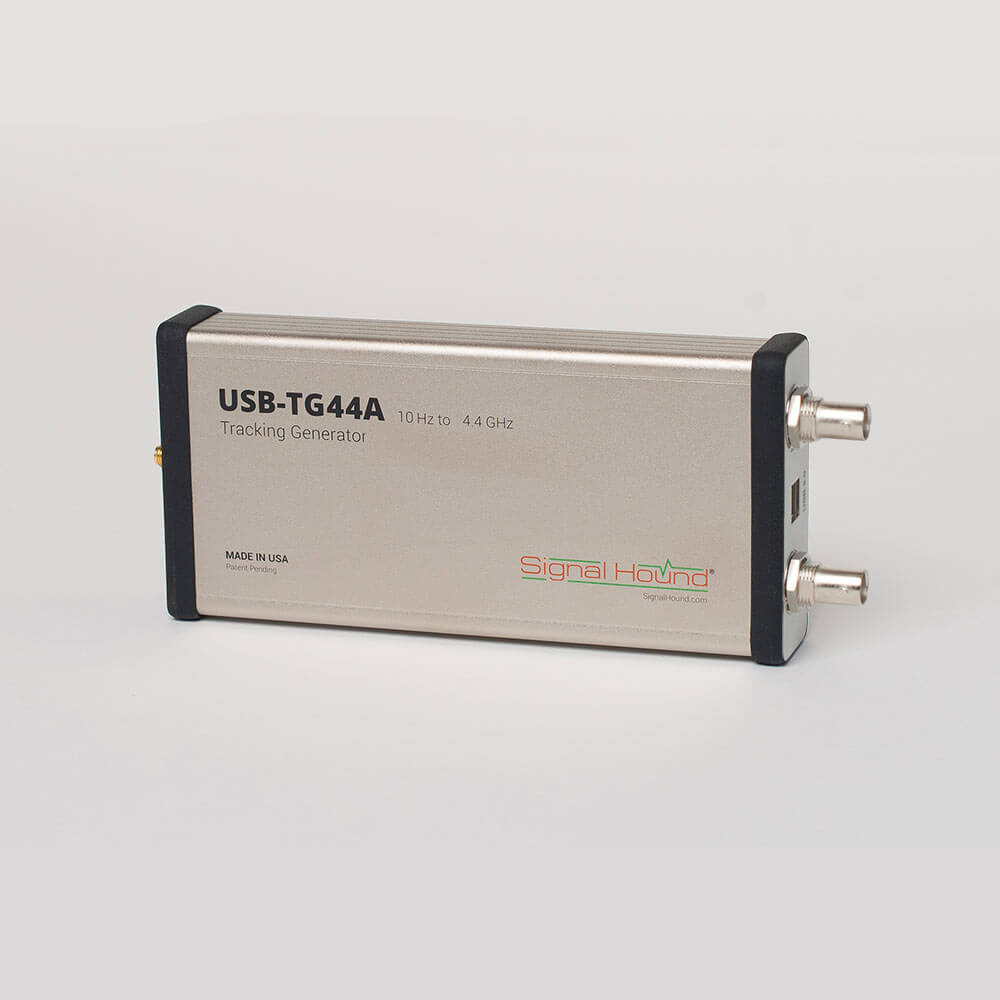 Within the rapidly-growing field of wireless development, testing, and repair, it's not uncommon to require multiple spectrum analyzers, which is often cost-prohibitive. This white paper details a new approach to test and measurement with devices that are addressing this challenge. 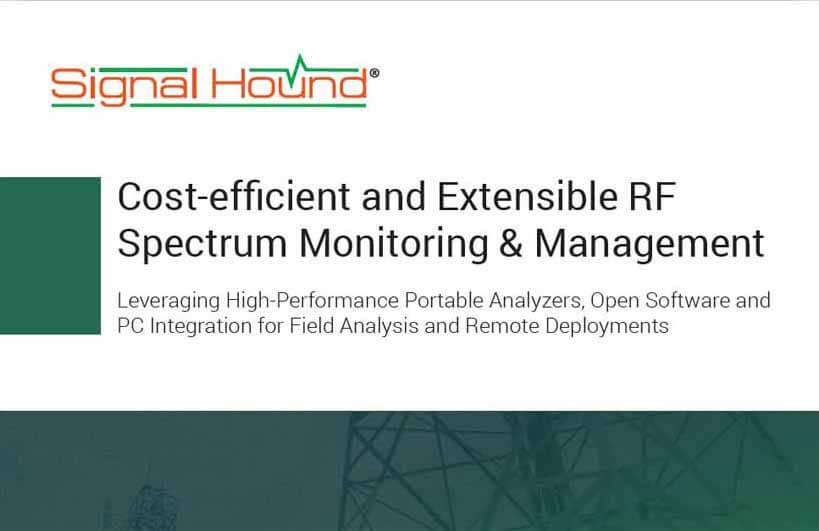 Lab and Benchtop Spectrum Analysis Use Case: Researching the dawn of our galaxy

Imagining the universe during the first hundreds of millions of years remains one of the most prominent challenges in modern cosmology, but researchers at the University of California Santa Barbara press forward undaunted, relying on Signal Hound spectrum analyzers for a portion of their measurement processes.

Using standardized measurements associated with neutral hydrogen, UCSB is using Signal Hound BB60A and BB60C spectrum analyzers to identify possible “phases” of early universe creation, particularly related to events such as the creation of stars, galaxies, and black holes. The technical ability of the Signal Hound devices is key to the project.

“The ability to make a terrestrial measurement of the global cosmic 21cm line has previously been limited by the available instruments” says Rory Barton-Grimley, researcher at UCSB. He continues by stating that  “Utilizing the Signal Hound BB60A for our initial system tests, we have [been] able to generate real-time measurements across many different frequency bands. The sample rate and system bandwidth of the BB60A and C fit our experiment ideally, allowing us to generate a large amount of data over a large bandwidth.”

Barton-Grimley is also appreciative of the software and the open nature of the GUI.  He states that “The native Signal Hound software also proves to be a good tool for on the fly system calibration and verification, though for science measurements we have developed our own in house Python API wrapper with specific functionality needed for our particular experiment.”

The capabilities of the spectrum analyzers allow the institution to reliably work with collected scientific data, helping further their research endeavors. Barton-Grimley states:

“The Signal Hound BB60C is the center point of our instrument, driven by its availabilities and internal abilities. It is proving to be a crucial part [of] our pursuit in measuring the global cosmic 21cm line.”

We have had a USB-SA44 in use at a production line test station since 2010. The unit is used every single day and has never skipped a beat. With as much resolution as a larger more costly spectrum analyzer, the Signal Hound really delivers performance at a great price.

Increase efficiency and available workspace at a fraction of the cost.

Get details in our free white paper

Related documents for those interested in Lab and Benchtop Spectrum Analysis 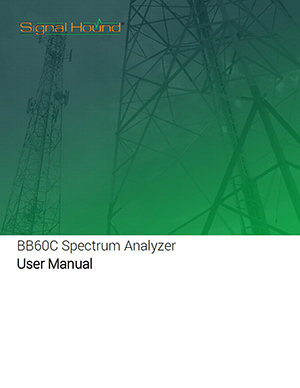 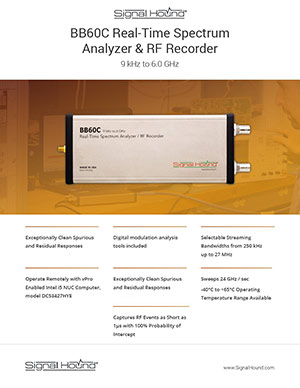 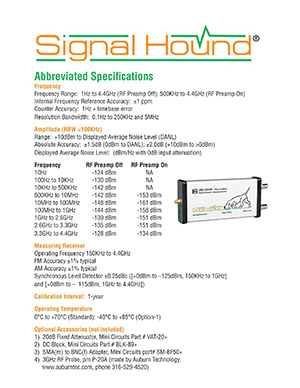 We email about once a month with product and/or company updates. Fill out the form if you'd like to receive the newsletter. Oh, and we NEVER sell or give away your email address.